It is so hard to believe that an entire year has passed since I returned home to North Carolina to face my abuser in court for the second time. Hearing the judge grant my abuser’s petition for removal from the sex offender was absolutely devastating. It is still infuriating and feels like a major injustice. It is terrifying to think about how he now attends little league baseball games as he stated in court that was one of his primary motivators for wanting to be removed from the registry. However, with time and healing, I have been able to turn those emotions into motivation and fuel to advocate for change. In this last year, God has opened doors for me that I believe are a direct result of my time spent in court a year ago.

I have had the incredible opportunity to begin speaking with a senator’s office in North Carolina. One of the primary goals I have set in advocacy is for victim notification of petition hearings. If I had not communicated with the District Attorney’s office in the years leading up to my abuser’s petition, I would not have been notified when my abuser was returning to court. North Carolina has an extremely helpful victim notification system that informs those who are registered to receive updates when the status of a sex offender changes. However, it does have a flaw. I received an update once when my abuser’s address changed. Then, I did not receive another update until I got the automated phone call letting me know my abuser was removed from the sex offender registry. There was no automated call to inform me of my abuser’s scheduled court date. I believe this will be a fairly simple “fix” to ensure that victims who want to be notified when his/her abuser petitions the court to be removed from the registry, he/she is informed in a timely manner. I fully support individuals who never want to be notified by a court again once a case is closed. However, I will stand firm in my beliefs that if a victim wants to be notified, he/she should be guaranteed timely notification. I will be forever grateful for the Assistant District Attorneys who listened to my concerns and promised to notify me as soon as my abuser was granted a court date for his petition. Even though the ruling was devastating, I will always rest knowing that I had the opportunity to speak truth in that courtroom.

The Lord has continued to ignite a passion in me to share my story so others can learn from both the strengths and weaknesses of victim services I received through the years. God has opened doors for me to engage with individuals on the national level. This October I will travel to Ann Arbor, MI to lead a breakout session and give a keynote speech for a statewide child abuse and neglect conference. In December, I will have the opportunity to lead a breakout session for the Center for Victims of Crime’s National Training Institute. I first attended this specific conference in New Orleans eight years ago. I never imagined that I would be given that same platform to educate people from across the nation about the impact petition hearings have on individuals who have experienced childhood sexual abuse.

In the days following the judge’s ruling, I flew back home to New Orleans and tried to launch back into my routine. Life did not fall back into place gracefully. I did not feel like the same person I was prior to the judge’s ruling. I felt like I had lost myself. Those feelings were a symptom of the trauma of reliving the abuse as I looked at my abuser from the witness stand. I was changed through that experience. Some of the plans I had for my life had to be delayed while I took some time to heal. God is so faithful and His timeline is always much better than any we can ever imagine. Six months after I appeared in court, I began seeing clients for counseling as a provisional licensed professional counselor. A couple of months after that, I was accepted into the Ph.D. program at the same school where I received my master’s degree. Later this month I will attend my first course as a Ph.D. student.

I know I have mentioned this before, but I believe it is worth mentioning again. If you had told 13-year-old Kendall who had just talked with a social worker at school about the abuse she was experiencing at home that one day she would be standing where I am now- I would never have believed you. Abuse teaches us that we are unworthy, ruined, dirty, and shameful, among other things. You don’t grow up believing you have a voice because it has been silenced by an abuser.

God redeems. God heals. God loves. God will lift the voice of those who have been silenced.

This journey continues. Stay tuned for more blog posts, updates on legislative activities, and future speaking engagements. If you ever have any questions or want to know how you can advocate for victims of childhood sexual abuse in your own community, please don’t hesitate to reach out. 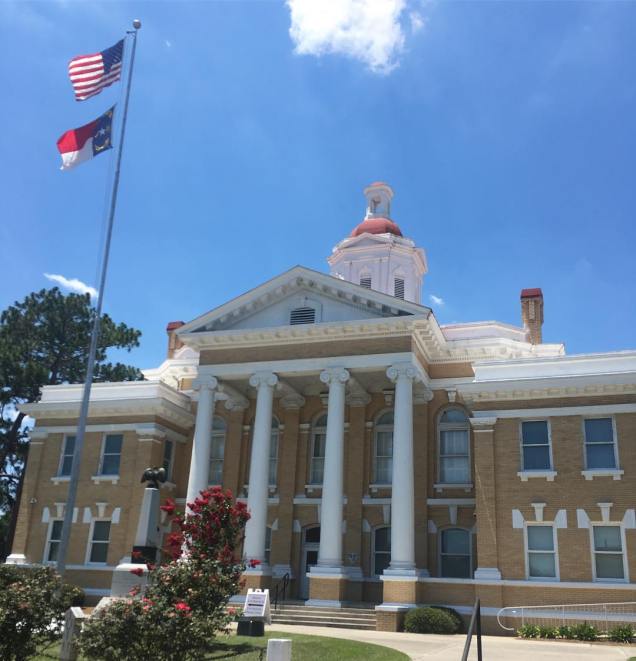