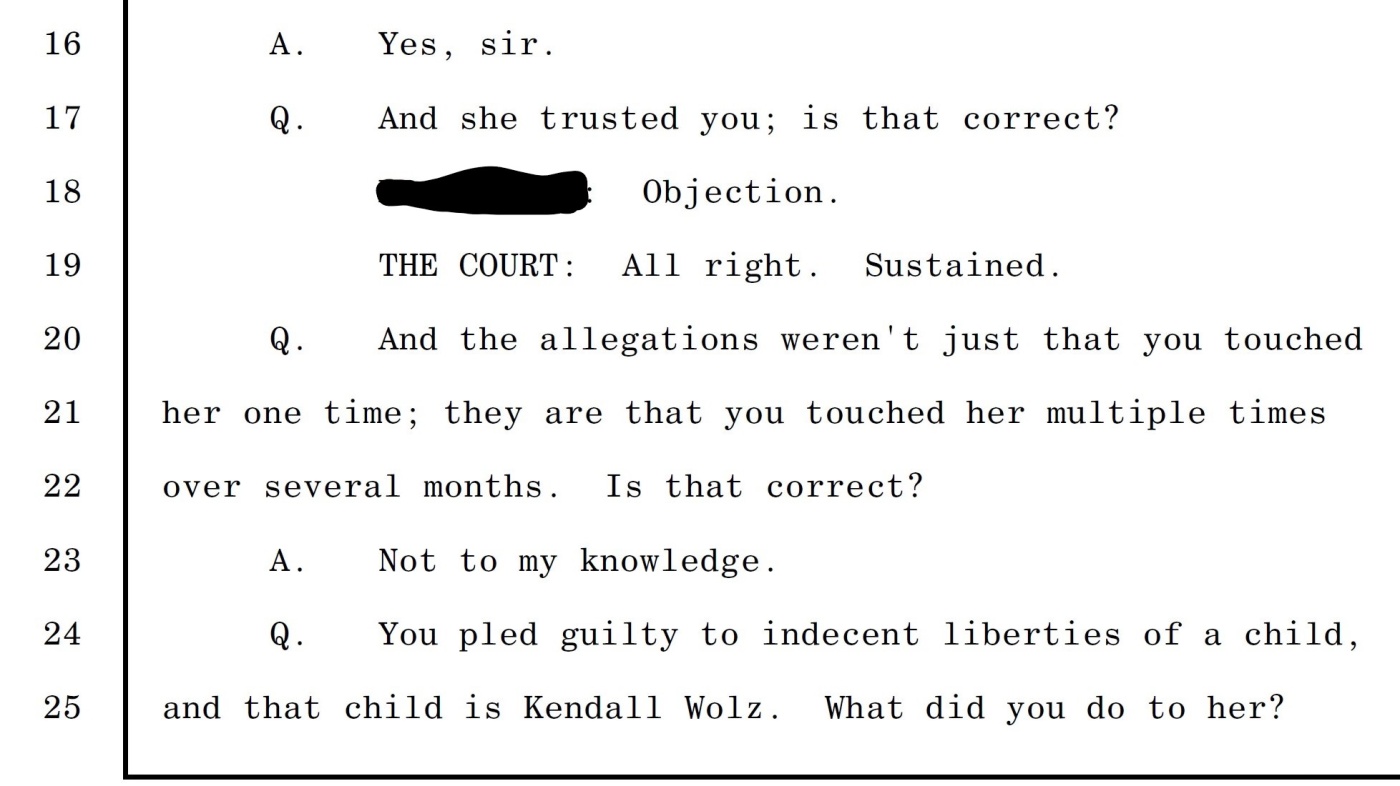 They were the most difficult words in the entire court hearing to hear. I literally gasped for air and I fought with all my might to hold back the sobs, the tears were already falling. My advocate from the District Attorney’s office reminded me to take slow, deep breaths. Inhale … Exhale … A week later I had to ask two people who were in court with me if what I remembered hearing was spoken or had I experienced a nightmare. In retrospect, the answer was yes and yes.

Unlike some petition hearings, the judge in my case called for witnesses rather than simply relying on “lawyer speak” to assist in the findings for his decision. The first person called to the stand was my abuser. As he sat on the stand just twenty feet away from me, directly in my sight, I became overwhelmed with emotions. This was the first time and last time I saw him take the stand.

“Not to my knowledge.” -My Abuser.

Earlier in the cross-examination, my abuser acknowledged that he was charged with 6 counts of indecent liberties with a minor which was ultimately pled down to 3 counts of the same charge. However, when asked about the specific allegations regarding his actions, he was unwilling to admit his guilt. 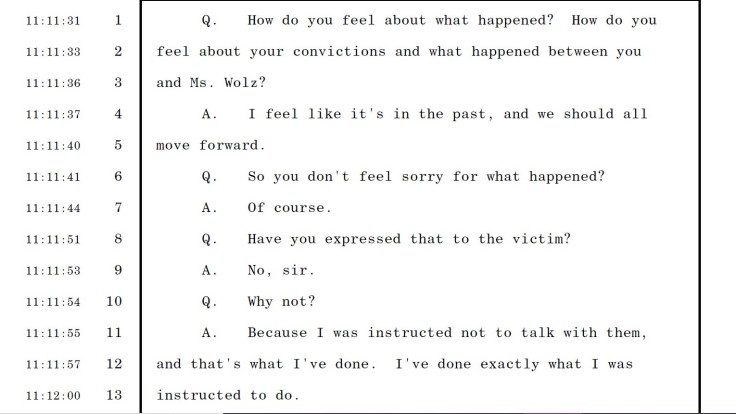 “I feel like it’s in the past, and we should all move forward.” -My Abuser

This was the statement that I questioned whether I had heard correctly. I still struggle to read those words. It rings eerily similar to a cliché I will never live by- “forgive and forget.” I will advocate 100% for a person to find healing and keep moving forward with his or her life. But when one has experienced sexual abuse or any other type of trauma, it is impossible to forget. Not only does our mind remember the horrors, but as science proves, our bodies remember too. When a person believes that it’s okay to leave unrepentant sin “in the past,” the person sets themselves up to repeat old patterns. This should be a red flag regarding a sex offender’s likelihood of reoffending.

“Well, I — I — anything I’ve ever done to anyone, especially a child, if I’ve done anything to harm them, I have great remorse…” -My Abuser

At first glance, these words may seem like a decent apology for a child abuser. However, in context, these words only came after a considerably defensive response from my abuser about feeling like he was on trial again, which only continued after this exchange.

Because my abuser was not permitted to have any type of contact with me following court in 2006, for which I am thankful, he had not had the opportunity to apologize. What greater opportunity did he have than in that moment in the courtroom to issue a public apology to his victims. Instead, he took a road of generalizations and impersonal descriptions of remorse. Would I have felt different if my abuser had sincerely apologized for abusing me? I like to think I would have, however, I will be the first to admit that I likely would have viewed it as suspect because I came to know him as a master manipulator. But I do believe that when a person is willing to admit their specific sins, apologizes, and seeks forgiveness- it is more indicative of repentance and transformation than what my abuser displayed.

Why am I sharing this with you all today? Because these are the words from a person who is no longer listed on the sex offender registry. They are the words from a person who swore to tell the truth on the stand. This is the attitude of a person who abused more than one child who now wants to attend your child’s sporting events. I don’t know how many more offenders have been removed from the registry just like my abuser. This is why I am committed to fighting for strengthened laws and raising awareness about childhood sexual abuse. And I will not stop until we see change.

5 thoughts on “The Most Difficult Words to Hear in Court”